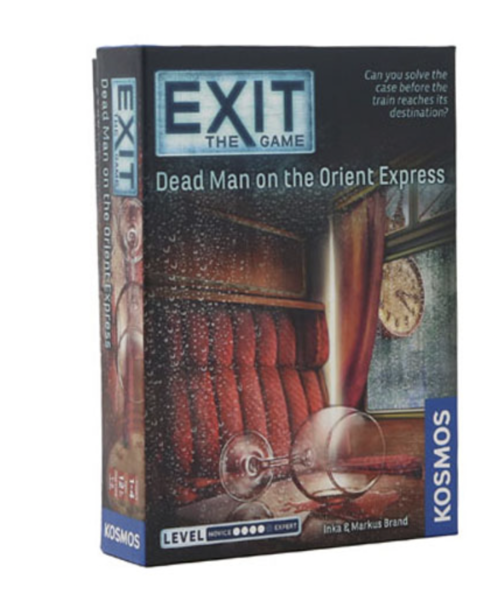 EXIT: The Game – Dead Man on the Orient Express is part of the third season of EXIT games. This very popular series of escape room games continues to deliver a huge variety of puzzles, bringing the escape room experience to your home in a small box.

With an innovative cipher system, the EXIT game series asks you to bring just a pen, some scissors and some paper to the table. Using a couple of decks of cards and a booklet of initial information, you’ll be led through a number of different puzzles. Unlike any of the previous games in the series, Dead Man on the Orient Express delivers a really strong story in addition to the brain teasers. Everything you learn during the game will be pieced together into a final murder mystery, providing a really satisfying ending with some great deduction elements.

Dead Man on the Orient Express provides a challenge for you and up to three other players and is rated as ‘hard’ – a medium difficulty amongst the other EXIT games. It’s definitely a great entry point into the series, delivering a great experience that would appeal to fans of escape rooms or murder mystery evenings.